All Collections
Advertising
Getting Started as an Advertiser
How can I target Lookalike Audiences?

How can I target Lookalike Audiences?

Written by Eva Zlochová
Updated over a week ago

There are two places where you can find and use Lookalike Audiences.

1. Creating a new campaign with a whitelist of Lookalike Audiences, from the Campaign Listing page.

1.1. Creating a new campaign targeting the Lookalike Audiences is easy and it only takes a few clicks. Start on the Campaign Listing page by picking a well-performing campaign, which you wish to use as an example for finding more similar ad spots.

1.2. Once you choose the campaign, you will see the button called Lookalike, right between the Name of your campaign and the Ad Format information.

After clicking on this button you will see a list of suggested ad spots with similar quality, number of impressions, clicks, and CTRs.

Here you can check or uncheck recommended spots from the list, before cloning the campaign. 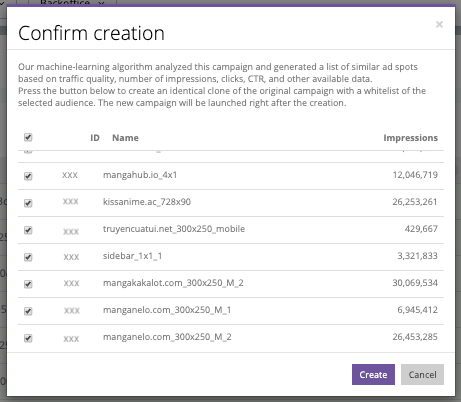 2. Adding the Lookalike audiences to your already existing campaign, from the Campaign Edit Page.

2.1. To simply add the Lookalike audiences to your already existing campaign, start by choosing the campaign you want to work with from your Campaign Listing Page. Then, open the Edit page by clicking on the Edit button located in the drop-down menu, right next to the name of your campaign and it's ID.

2.2. After opening the Edit page, select the Audience tab from the top bar menu. Here, in the Spot ID List section, you will see the option to Add Similar Spots. 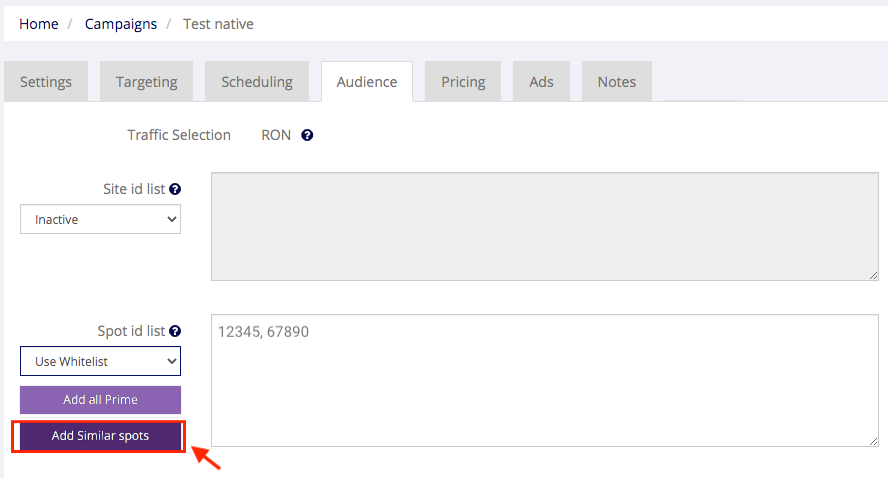 By clicking on this button you will add all recommended Lookalike ad spots to the rest of your already existing Whitelist. They will be added at the end of the list. To set this campaign live, just click the Save button.

If you have any further questions, don't hesitate to get in touch with your Account Manager.